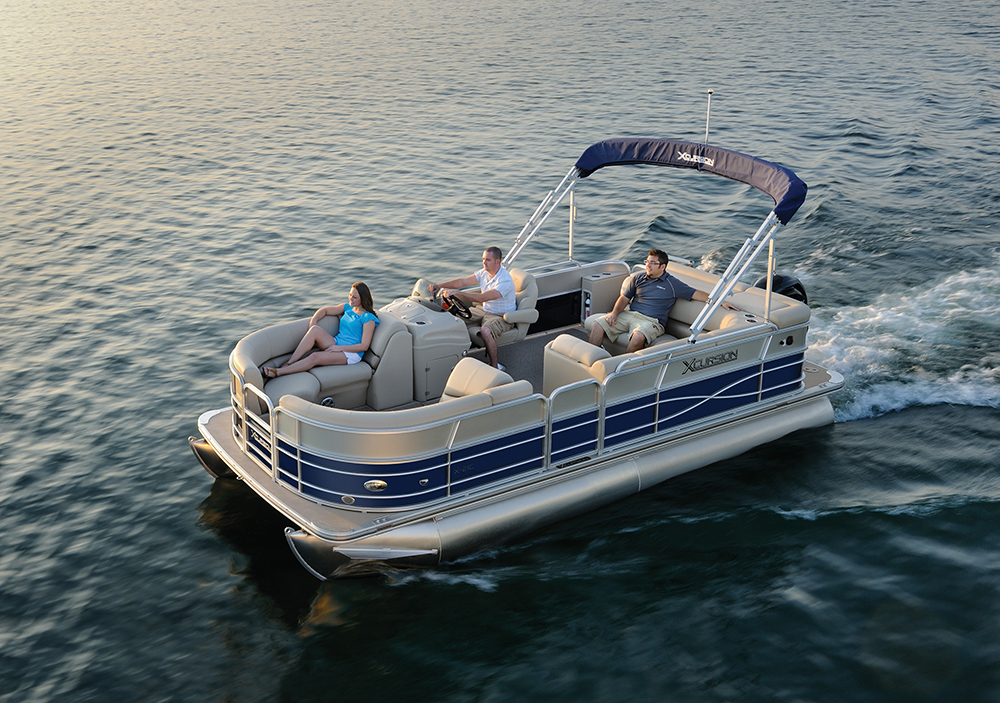 Buying a brand new pontoon boat should be very exciting, but it might also be quite the challenge – especially if you’re a total newbie to this hobby. How about the prices? They depend on various criteria, which you might want to sit down and list your needs out before going out searching for the perfect pontoon boat.

The aspects that decide the price of the pontoon boats are their quality, features, engine, and size. Put these down and try to think about what you want to use your pontoon for. Leisure sailing with lots of people? Speed racing? Fishing?

They may differ from type to type, but a common average price would be between $30,000 and $40,000. Generally, you could also find a boat with a lesser budget around $20,000 or, if you have to give it your full, you could also pay a more significant amount, up to $60,000. However, buying a new pontoon boat is not that easy, because many manufacturers do not allow their retailers to advertise prices. Basically, it’s hard to get an overview of the difference of prices on the market. However, you could give it a check in your local area and see what is going on. The manufacturers are often doing this in order to make the customers check the prices in some other areas, so they can compare from their own dealers, which are prone to negotiating the prices down. They have the strategy of putting up higher prices, so you would come out more satisfied at a negotiated deal. However, if you invest some time into researching this question, you could come to some manufacturers who can give an overview of their real prices, without any overpricing or potentially fishy deals.

Once you’ve figured out which pontoon boat works best for you, the next thing to take into consideration would be their accessories. Let’s take a look at some of them.

When buying a pontoon boat, you should have a check on what kind of engine it has, especially if you are buying a used boat. Considering the engine, it would be a wise idea to buy a new one, because they usually do not live for more than 10 to 15 years, so you want to be sure you get a brand new one, which can unleash its power to the fullest and serve you long enough.

Buying a used pontoon boat could be a good idea if you are on a really tight budget, but you should be careful where you look and what is being advertised. The most convenient places to buy a used boat would be your local boat-repairing merchant, which might have something of the kind in stock that you could grab at a very attractive price. Buying from this kind of guys could also be very helpful, as if you decide to buy a boat from them, they would most likely offer you some kind of discount on the service, which could be cheaper and better than anywhere else. You’d hit two birds with one stone – sparing a lot on a second-hand boat and getting life-long cheap service, which can be very handy if you want to make the best out of your pontoon’s lifespan. However, be careful to not go in for boats which are older than 5 years, even if they advertise it to you as the greatest vintage model ever created by mankind, because their lifespan will go down dramatically once you start getting the grip of it. The best offers and what you should be looking for are the boats, which were gently used for maximum 2 years. However, it might be kind of hard to find such a boat that is still in good condition and wasn’t used too harshly. But, if you are lucky, you could spare several thousand just by finding such a piece – so do not let your spirit down and keep looking!

You could also find a new boat at local repair stores, which would still be much more convenient than a branded one. Be ready to ask all the questions which you are interested in, and don’t hesitate because you might look like a newbie to boating – there’s nothing wrong with it and the people there would be more than happy to lend you a helping hand. You might want to do some research though, in order to not fall prey to some big promise or too-good-to-be-true deal. After all, buying a pontoon boat from such a merchant could be rewarding, as they will be able to support you for the boat’s whole lifetime and provide you all the needed pieces, and also help you if something goes wrong. Of course, all this should also be at a much lower price than you would be offered from some branded stores. Investigating and comparing different offers from different merchants could bring you to the nicest offer for you in particular and make your life easier, assuring you a sweet new pontoon boat with all the crew service behind it.

Much like cars, the prices of boats decline steadily in the first 3 years. So, if you bought a boat for as much as $20 000, it will be around $14 000 after 3 years, and the price will keep dropping with around $1000 every year till it will reach its seventh one. From now on, it will decrease about $500 every year till it reaches it’s 12th. An old boat, if still in an acceptable condition, could be a nice piece for resurrecting and upgrading it up – but that would be kind of a challenge as well, so if you’re a total newbie, we suggest you work your way up from boats of 5 years and younger.

There’s also this lovely thing called taxes, which we all love to deal with (sarcasm intended), but must take into consideration if we don’t want to get in a conflict with the authorities. Better play safe and you pay the requested tax for keeping your boat. It varies depending on the region, so you might want to do a quick legal research, but on average it’s about 6-7%. It could have a big impact on the final pricing as well as if you paid $20,000 you will have to give $1200 more for all the tax, exactly as if you bought a $40,000 then you should give additional $2400 out.

Considering all the costs that would pile up on you, purchasing a new pontoon boat could be quite expensive. However, looking for them in repairing stores might be quite rewarding, because you could get all the additional pieces at a convenient price, and enjoy your pontoon without worrying for a decade about any problems. There is also an option of buying such a boat at a major discount, which could give you the opportunity to dive into the world of pontoon boats without any major investments at all. If you are ready to give some cash on a pontoon boat, there’s nothing more important than informing yourself correctly, as it will be your trusty partner in opening new grounds.