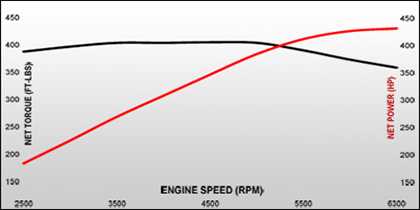 An efficient horsepower is an essential characteristic for a pontoon boat. It should be carefully chosen, as these types of boats may be very sensitive to higher powers. This could even become dangerous if not properly planned out- and we don’t want anything ruining your pontoon experience. The motor is the heart of the boat, as it converts the heat for propelling and attaining the movement. A common thought is that more horsepower is better, but it doesn’t always work like that. Everything has a limit, and pontoon boats are no exceptions. 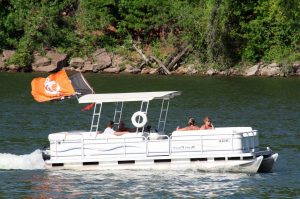 For instance, let’s take an engine of 135hp. If your boat is not proportional in size with such an engine, let’s say too small for this kind of engine, it could turn into a real-life horror play instead of an enjoyable sail. You might be wondering what can be so bad about it. Well, first, if you don’t have any experience in engines and boats, the wisest way would be to choose a smaller engine, so it would be enough to move your boat. Going more advanced would require exact adjustments of speed, so your boat doesn’t lose control or get damaged. Of course, losing control is not the worst scenario. Imagine you have installed a big engine in the rear of your small boat and you begin to accelerate to the fullest. The boat could flip over, and the engine could just detach itself from the pontoon, or, worst-case scenario, passengers themselves can be hurt. Thus, you must remember that an accurate adjustment of needed horsepower would save the boat together with the people on it.

First of all, let’s define what a horsepower unit is and how you can (and should) decide what is the best option for you. The horsepower is also defined as the quantity of energy needed to lift 1ft per second. Physics aside, pontoon boats measure their horsepower on the engines, which tells how much it needs to provide the necessary support. The high speed boats often come with engines about 500hp, while the small fishing boats may have only 20-40hp. A pontoon boat wasn’t designed for ultra-fast racing, but it also wouldn’t be able to move right with a too low horsepower. So, how do you choose the right horsepower limit for your pontoon boat? You should think how much weight it usually carries and what is the speed you usually want it to sail with. Yes, higher horsepower can push a lot of weight and be fast at the same time, but don’t forget about safety and legal issues, which could also arise if you aren’t planning accordingly. The size of the engine should proportional to your boat – of course, you can measure it to the eye, but it would better to ask a professional, especially for first timers. Besides safety, you should inform yourself about the limits of speed in your area, so you don’t get caught doing something fishy!

Overall, all the boats have to undergo a test where the limit of horsepower is checked. In this process, the horsepower is being increased step by step to find out when the boat ceases to be easily maneuvered. They are being also tested on specific engines, so you could have a more accurate result. With these results, the boat gets its rating on the safest and best performances, and the final evaluation sets the limit for the boat.

Generally, you should be familiar with what type of engine and horsepower you may need for your boat, but, regarding your needs, it could differ from person to person. Having a low power engine would assure that you never go over the speed limit and ensures the safety of all your passengers. At the same time, it could be quite troublesome to constantly deal with a low speed, for example, if you wish to take part in a race or simply sail with more passengers on board. As troublesome it can be, it is most recommended to not drive your pontoon boat to the highest possible speed. As you gain experience, you will adjust your feelings according to your engine and be able to make the right evaluation for yourself. 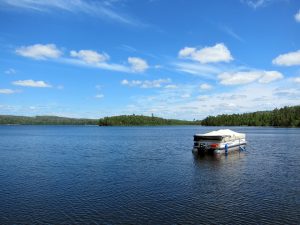 Taking in consideration all the aspects, let’s check the possible appropriate horsepower for your boat. Well, if you follow the recommendations and don’t have problems with handling, it shouldn’t be a problem. However, for example, an 80hp motor could probably run at 16-18mph fully loaded at its max. Next, a 100hp engine could probably run about 2mph~ more under the same conditions. It doesn’t sound like a big deal of a difference, but some people may take this fact into consideration. Well yes, it does make a difference, but let’s say you would get a better feeling for your boat if you would start with a smaller number. As you see, it practically wouldn’t make much of a difference for amateurs or newbies.

However, people use their boats for different purposes, so water racing would require, of course, the maximum power possible, unless you don’t possess the same motors and boats with your co-racers. But you could still sail with, say, 20mph if your boat is not loaded. And for more relaxing journeys, just cruising in lakes or similar activities, a motor which doesn’t have tons of horsepower would probably be more than enough. Basically, it is not the motor which makes the speed of the boat, but the way in which you handle it and how much it has to bear. So, starting with small numbers could give you an insight to what your boat needs and how it should be handled.

The engines of most common pontoon boats vary from 40hp to 300hp. Making the right decision would influence your further success, but also will create the most appropriate decision according to your needs. A wise step would be to start with a minimum average, and slowly rise up to your evaluated peak. Sometimes spending some $2000 could result in a useless investment, as it might be that you could really remain happy with a 90hp engine. However, you always have the chance to upgrade your engine and taste the variety of motors out there. With this experience, you will get not only the right horsepower for your boat, but you’ll also have a perspective on which motors can handle your needs at their best.